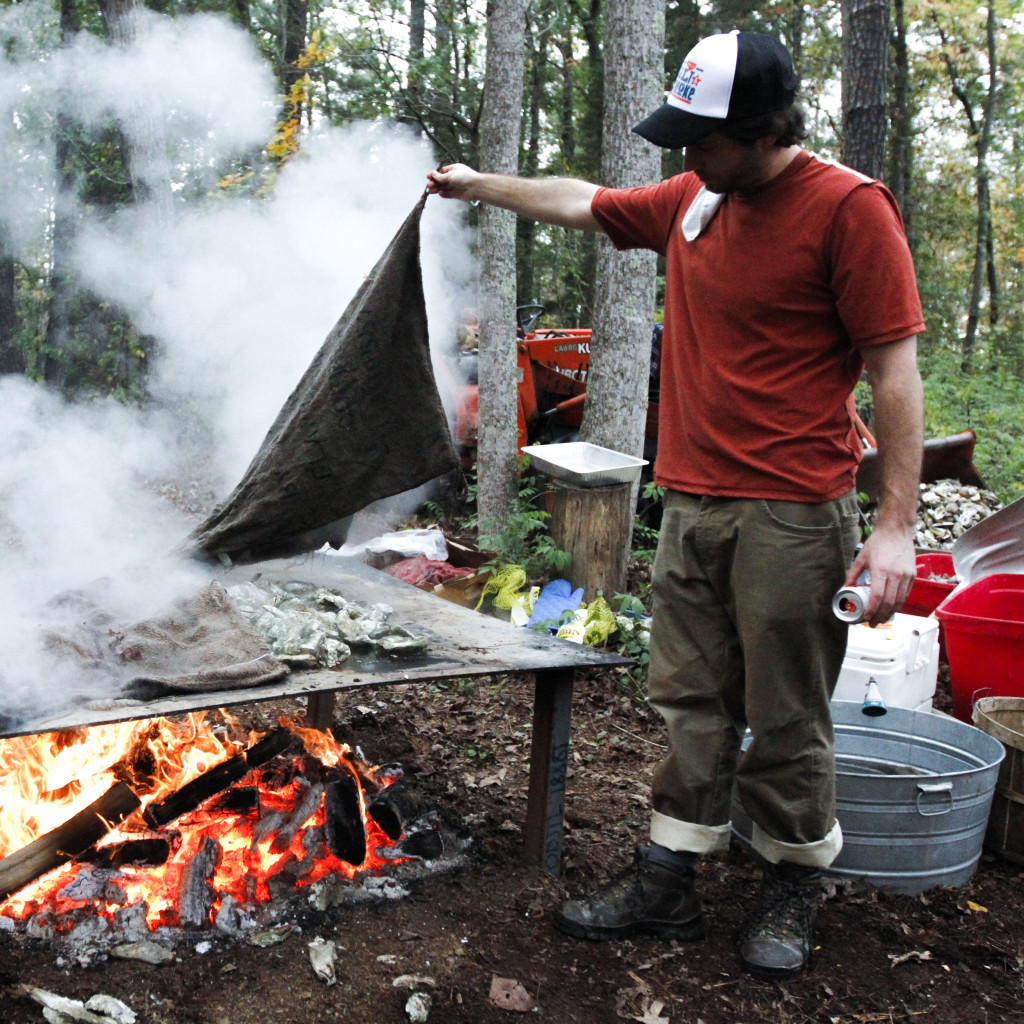 Salt & Smoke is a taste of the South. Circa right now. A really, really delicious taste. We pick the best farmers and musicians, brewers and fishermen, cooks and craftsmen–people who have built a life in a place they love. And then we bring these people and their passion together for an afternoon. It’s about all these rich traditions turned into a singular celebration. And you’re invited to join us. Lucky you.

It’s true that southerners may not get the wonders of ice fishing. Or decorative sweater vests. But we deeply understand the importance of a good time. Especially outdoors. Hell, we can turn washing a Chevrolet into a neighborhood party as long as the beer stays cold and plentiful. Add to that our unwavering belief that too much of a good thing is, well, a much, much better thing and you begin to get Salt & Smoke. It’s good piled on top of better wrapped in delicious. Great music. Slow-smoked whole-hog BBQ. Crafted hometown beer. Raw oysters. You know, kind of your perfect weekend. With a soundtrack. Isn’t it about time that you got your South on?

By the way, we know our farmers well. And our brewers. And the guys who pulled the oysters out of the sea. Jake is the one smoking the pig. And all the musicians are friends who always bring along more friends. Together, we’re Salt & Smoke. Glad to meet you.

At the time, I had no idea what we were starting. None. We just wanted to have a party. Outside. Anna brought up a bunch of oysters from the coast. A bunch. I cooked a big pot of collards with pork necks and a few hotel pans of cornbread. It was late fall–early December to be precise–and John had cleared old wood and stumps from his farm and piled it in the middle of a field with his tractor. There were a few pieces of furniture thrown in for good measure. At dusk, Willie lit the fire with gasoline and the flames shot up some three stories or more into the night sky.

The boxes of wine that André brought were dragged away from the heat of the roaring fire; it had to be 25 feet across. The friends we invited mostly brought beer. Someone brought marshmallows. The pot of collards and the cornbread were moved close to the flames to keep piping hot. Standing away from the fire, it was damp and cold and the raw oysters tasted like the sea.

Then it began to snow. Big wet flakes. But even standing ten feet from the fire, the snow never touched us. The heat from the flames evaporated the flakes above our heads. We sat on rocks and old outdoor chairs and threw our paper plates and shells into the fire. A layer of snow covered the oysters that sat in big plastic baskets in the darkened grass. I remember drinking wine from a red Solo cup, watching it snow, and wishing the party would never end.

So that was the first Salt & Smoke. Before there ever was a Salt & Smoke. But it felt exactly right. It felt like something that I wanted to do again and again and, well, again. If I could. So, that’s what we’ve done. But added amazing music. And whole-hog BBQ. Salt & Smoke has been a sell-out every year since. So we decided to take it on the road. Why not? Really, it’s hard to hold a good thing back.